The Jordan Valley Water Treatment Plant in Bluffdale, Utah, treats millions of gallons of water every day. The sidewalk on the north side of the building is the main entrance for visitors and employees, and was modified to meet seismic code in 2007. 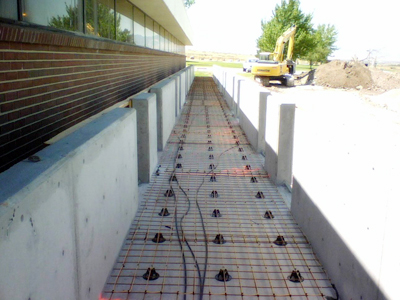 For safety reasons and to ensure 24-hour a day access, Jordan Valley Water selected WarmQuest to install 16 zones of snow melt using Heatizon Tuff Cable heating element for the sidewalk and pedestrian bridge. The snow melt project covered 3100 square feet of area in three separate locations of the facility. The approach was designed per ASHRAE's "Snow Melting and Freeze Protection" guidelines to produce 22 watts per square foot and has 6" spacing, and the remaining sidewalk and suspended pedestrian bridge areas were designed to deliver approximately 33 watts per square foot and has 4" spacing. 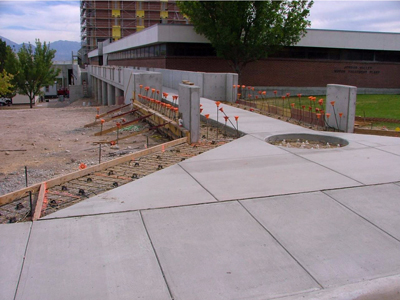 Activation is accomplished by a pavement mounted temperature moisture sensor, and two Heatizon Selector Boxes, with Auto, Manual and Off operation of individual zones. It also has a custom on/off control that ceases operation of the snow melt systems during emergency situations.